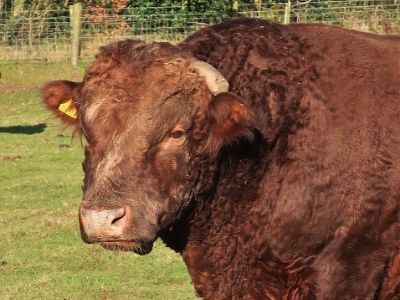 As owners of a pedigree breeding herd of non-short Dexters, considering which bull to hire is an annual task. It’s usually pretty stress free; to date, all our bulls have come from the same location, roughly about 25 miles away. It normally just takes a quick telephone call to organise dates and times, and the bull duly arrives, delivered (and later collected) by his owners. It’s a pleasant social event over a cup of coffee at the kitchen table where we catch up with all manner of things – not necessarily agricultural.

This time, things were different…

There was an ‘inconclusive reactor’ at their herd’s annual TB test; this meant that no cattle could be moved off their farm (other than by licence direct to an abattoir) until the herd tested clear. Even in the best-case scenario, we would be looking at a period of many months.

For the first time, we had to look elsewhere, and we soon discovered that this was no easy feat.

We eventually came across a farm that had several bulls available for hire, some of which were coming to the end of their current hire period and therefore ready to move on. Sounds ideal, however the closest available bull was in Usk – almost 100 miles away…

The person who was currently hiring the bull was prepared to bring him to us for a price – we sold our cattle trailer several years ago due to it standing idle since the day we moved back to Wales. All this was riding on a clear TB test due on the following day. Any guesses as to the result? Correct! There was a reactor at the test – the first one they’d had in 28 years. The bull was going nowhere; we were back to square one, and time was ticking on. 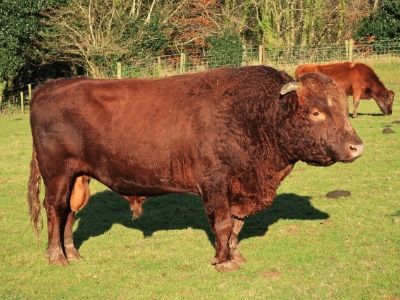 The only other readily available option was another bull from the same owner, that had already passed his TB test. This one was 240 miles away! (We were really starting to wish we hadn’t sold the trailer by this point…). Again, the current hirer was prepared to bring the bull to us, but the cost was understandably becoming more significant. It soon became apparent that this wasn’t going to be as straightforward as we’d hoped when he mentioned that the clutch on his Land Rover was slipping and that he was ‘hoping’ to get it fixed.

The owner of these bulls – who had tried everything in her power to make things happen – offered to contact a local professional livestock transporter friend of hers to bring the bull to us. Not having much option by now, we agreed. The price was continuing to increase… In all fairness, the professional haulier had the additional costs of travelling from his home to the bull before heading out our way. His total mileage? 380 miles!

Even then, things didn’t go smoothly – on the day of his arrival, a section of the westward bound M4 was completely closed following an accident!

On the plus side, we found that both the haulier and the bull were complete gentlemen.

The bull is now out in the December sunshine with his ladies, and the haulier has – we hope – returned home.

In nine months’ time, we will find out whether or not this tale has a happy ending….